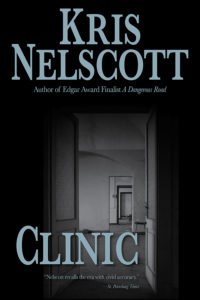 The party on Haight-Ashbury Street in San Francisco ended two years before and now only a handful of people remain to clean up the mess. One of them, the receptionist at the Free Clinic, studies medicine with the hope of becoming a doctor, but everyone—from her professors to the staff at San Francisco General—tell her she can’t because of her gender.

She’s not sure she can because of the choices a doctor must make on the front lines. Choices brought to the clinic that night in the form of a crazy, drug-addicted woman and a street kid named Klepto. Choices that mean the difference between life and death.

Available in electronic form for $2.99.
Amazon, B&N, Kobo, and others.